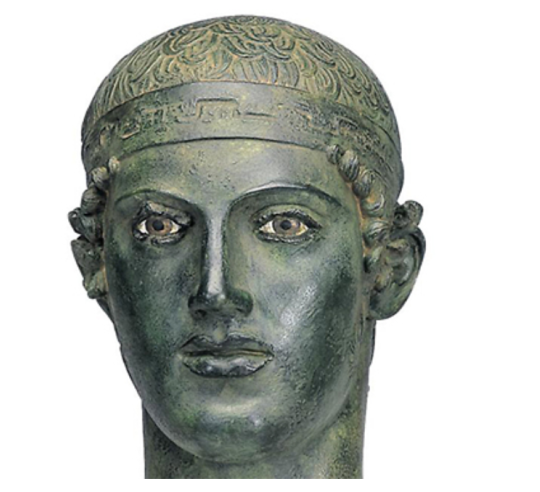 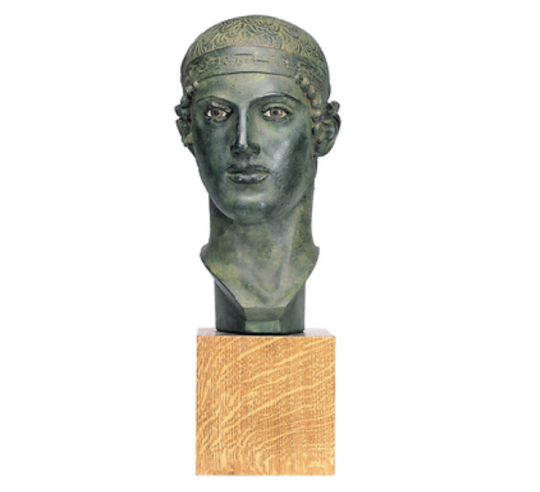 Bust of the charioteer

This statue is one of the most famous of Greek archaism, one of the few large bronzes preserved in the Severus style, late 6th century BC.
The original is in the Delphi Museum; the group, consisting of snow, horses and grooms, was erected in the northwestern region of the sanctuary to commemorate the victory at the Pythagic Games of the Sicilian tyrant, Polyzalos de Gela, in 474. The aurige alone remains.

The excellent condition of the statue is explained by the fact that it was buried in 373, at the time when the sanctuary was destroyed by an earthquake.

This life-size statue was found during the excavations of the Delphi sanctuary. Due to a sculptor who remained unknown, it made part of a votive group, a bronze quadrige celebrating the triumph won in a chariot race during the Pythic games, by Polyzalos, tyrant of Gela. This is revealed by the dedication engraved on the base that supported the group, including the Delphi Museum
retains some fragments - limbs and ponytail, reins and a boy's arm. He was probably executed around 474 BC. The halo, the head girded with a band, dressed in a dress with impeccably falling folds, stands in a hieratic but serene attitude, holding the reins in the right hand (the left arm is missing), in a frontal position.
Through the nobility of the face, whose eyes inlaid with coloured stones are surprisingly expressive, the joyful pride of the winner shines through.

Reproduction in patinated resin by hand. 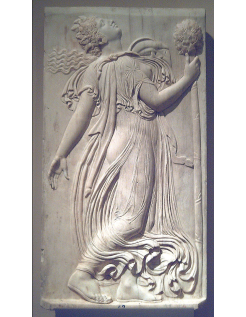 Dancing maenad looking up to the sky by Callimachus

Dancing maenad looking at the ground by Callimachus 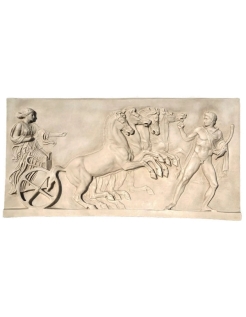 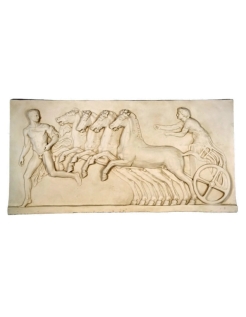 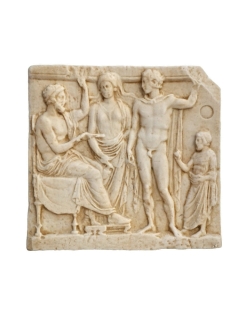 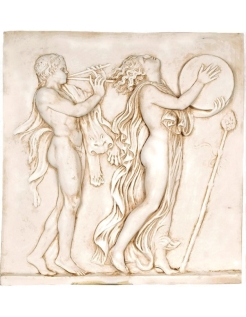 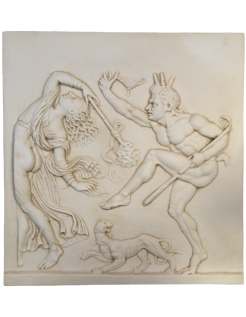 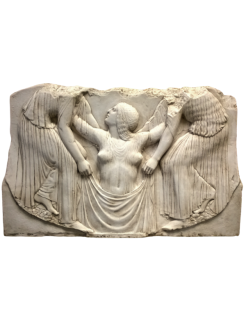 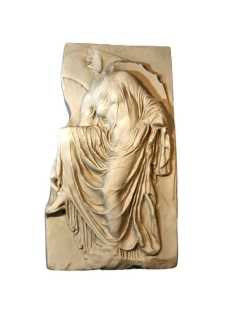 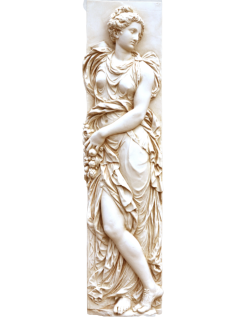 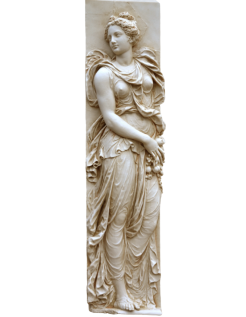 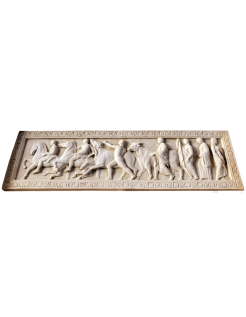 Bas-relief ceremony of sacrifice of the oxen 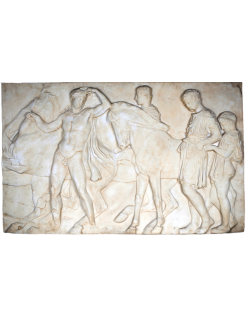 Large low relief of the Parthenon 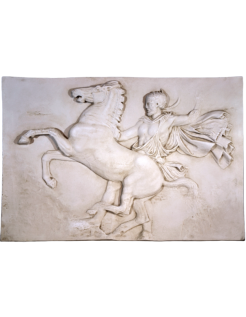 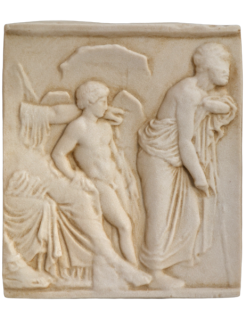 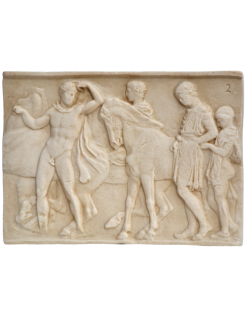 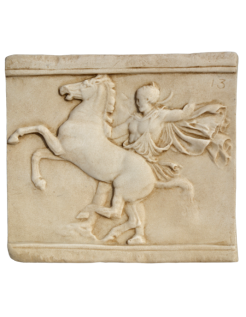 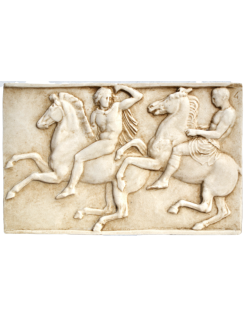 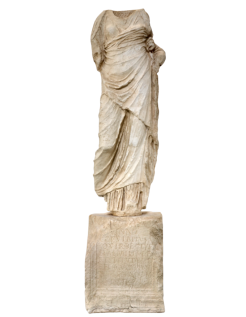 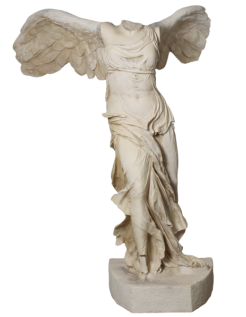 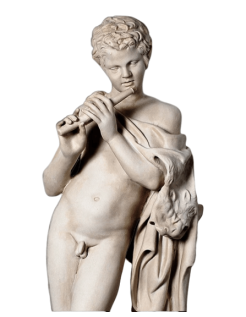 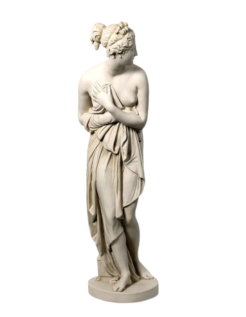 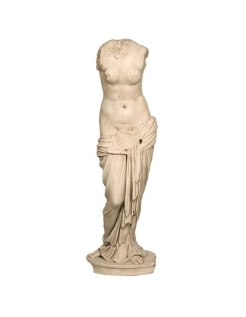 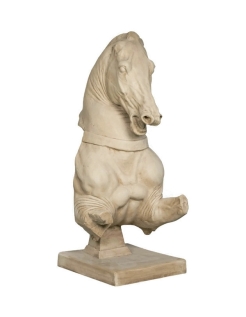