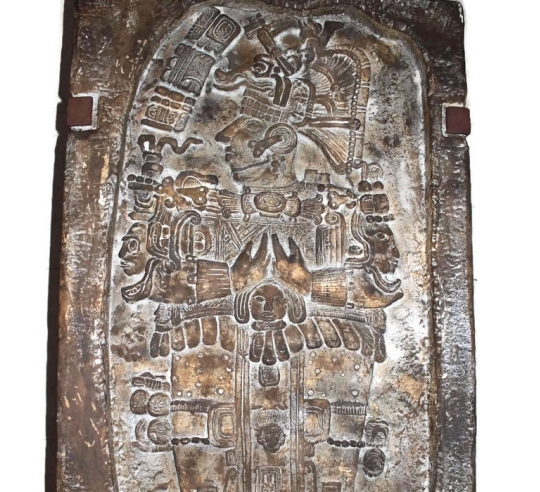 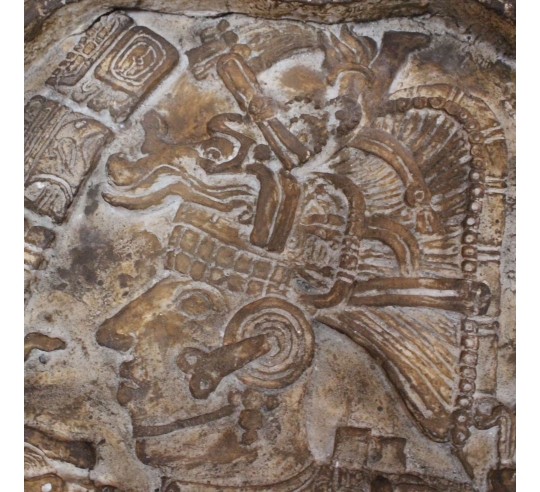 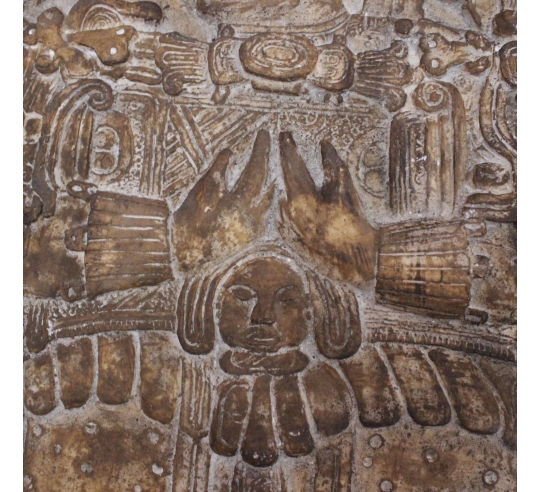 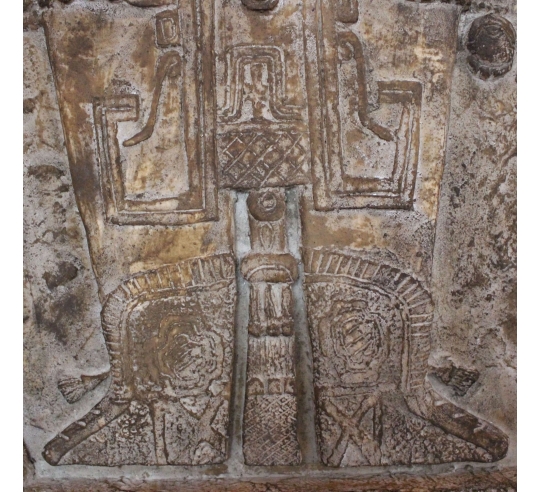 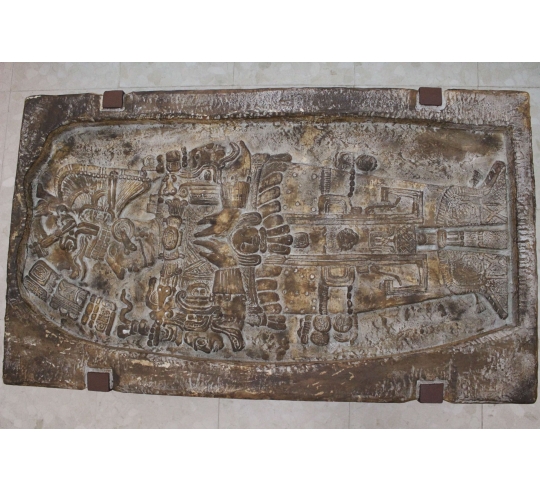 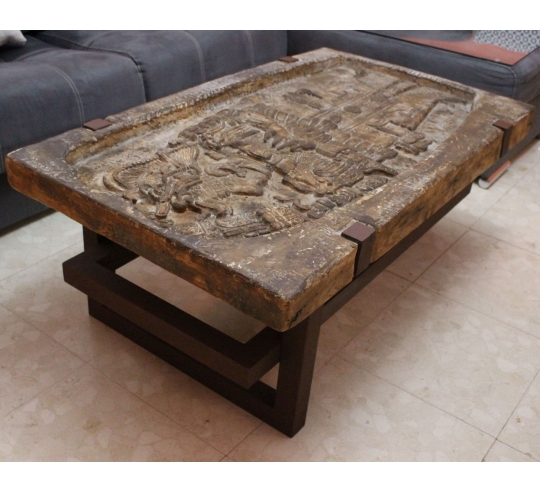 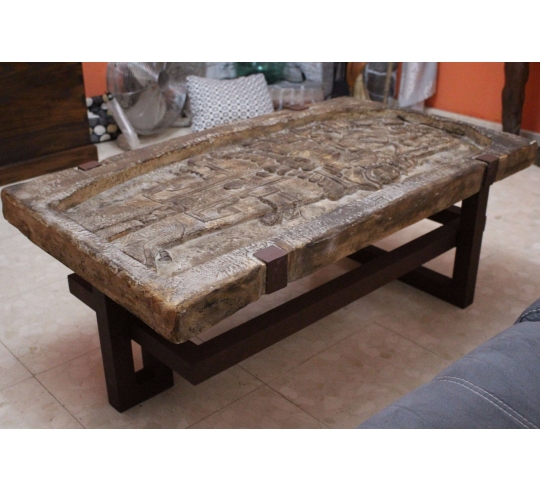 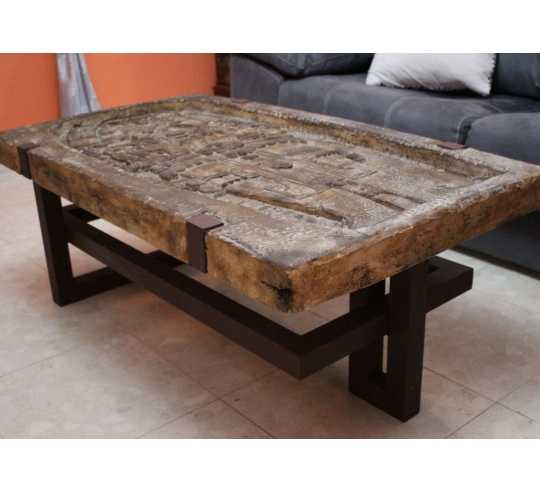 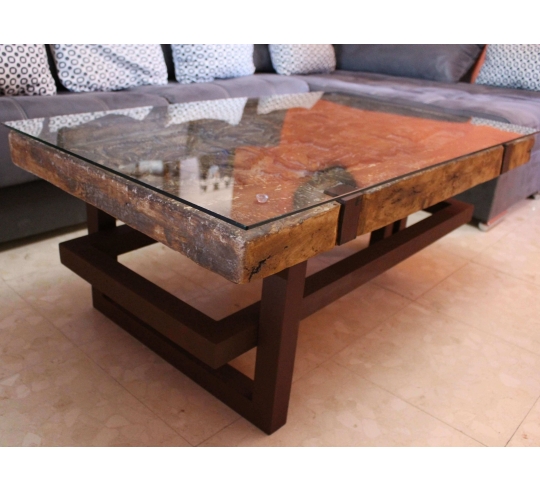 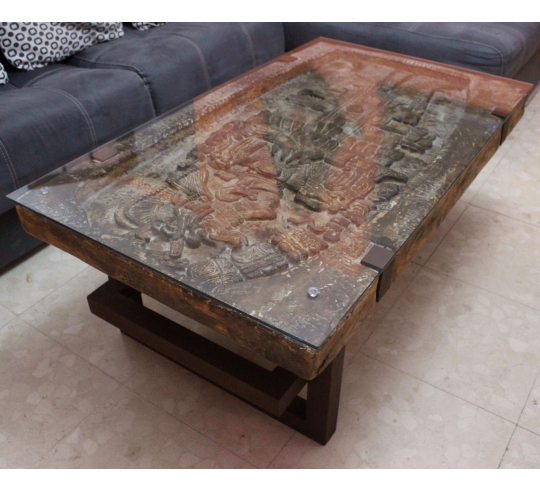 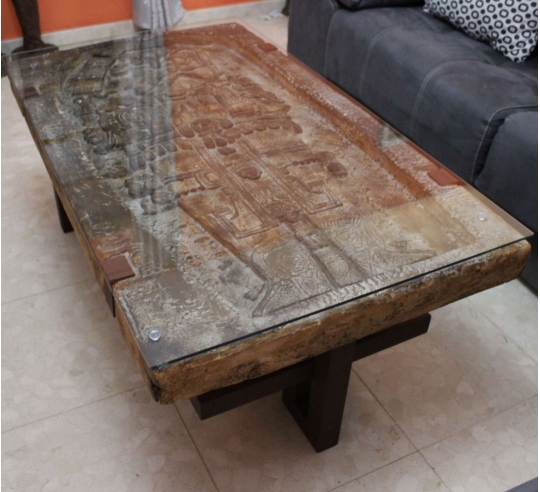 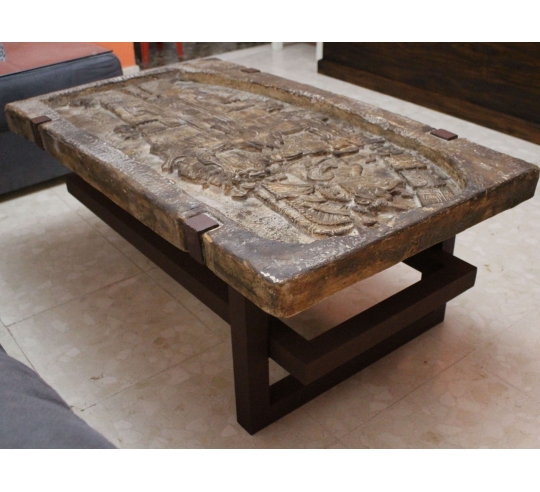 Original coffee table inspired by the stele of King Yuknoom Took' K' awiil king of Calakmul is the modern name of one of the oldest and most powerful Mayan cities discovered in the lowlands. In ancient times the heart of the city was known as Ox Te' tuun.

This mighty Mayan city was inhabited for more than a millennium, before being swallowed up by the jungle after its abandonment.

The Mayan stelae were shaped by the Mayan civilization of ancient Mesoamerica. They are generally made up of high stone carved shafts or slabs and are often associated with small circular stones called altars, although their actual function is uncertain.

The first dated stele found in situ in the Mayan lowlands was found in the great city of Tikal in Guatemala.

During the classical period, almost all the Mayan kingdoms in the south of the lowlands raised stelae in their ceremonial centre.

4 other products in the same category: 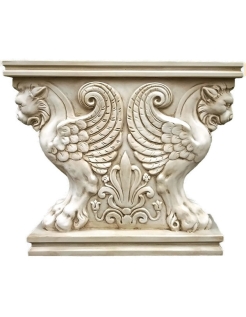 Table base representing a winged lion 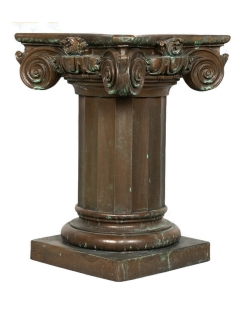 Table base with capitel in bronze color 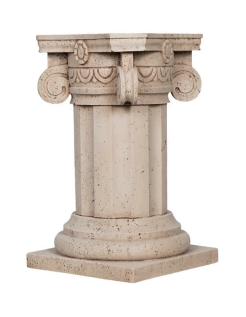 Table base with capitel in travertine marble color